I have the water bowl a little fuller than usual today. The current temperature is about 37 C, so the water gets a more attention than usual.

While I was watching fairy wrens, this New Holland Honeyeater flew straight to the bowl, jumping in and out a few times before it worked out the rock was still there, just  a little deeper.

These birds are called New Holland Honeyeaters – Phylidonyris novaehollandiae  – because they are one of the first birds to be scientifically named in Australia, then known as New Holland.

It’s Aboriginal name is Bandin (ban’deen), and is also the name given to the white-cheeked honeyeater.

They are up to 20cm long (7.87 inches) with the female often smaller than the male. 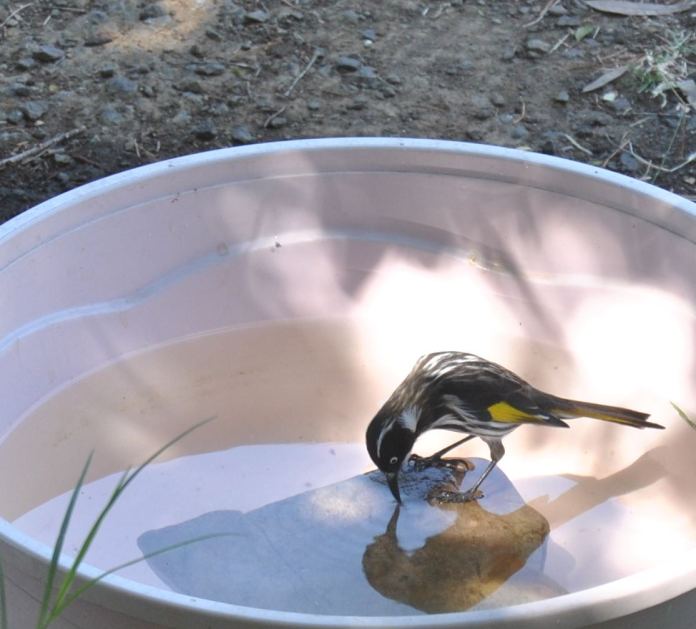 He conveniently poses for the Nikon D3000. If I had cleaned my kitchen window, I would have a sharper image. I love this camera!   ❤ 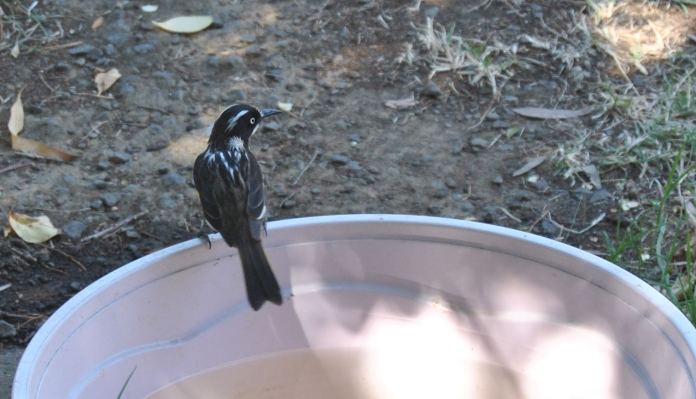