I’ve Googled the name origin for this large honeyeater, the Noisy Friarbird. As I expected, it relates to his bald head – think Friar Tuck with the tonsured scalp. My eyesight isn’t that great, so I never really noticed – just thought it an oddly shaped black head. That explains why his neck feathers begin so abruptly. 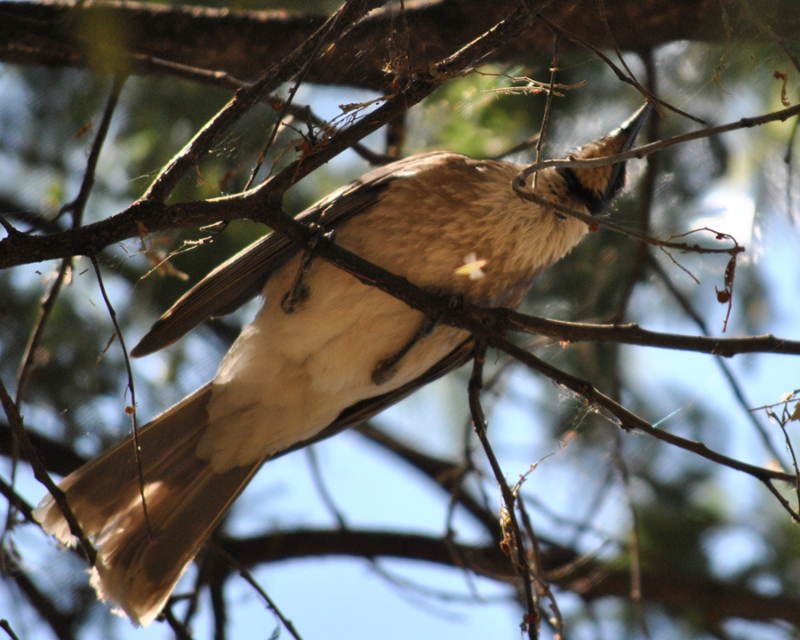 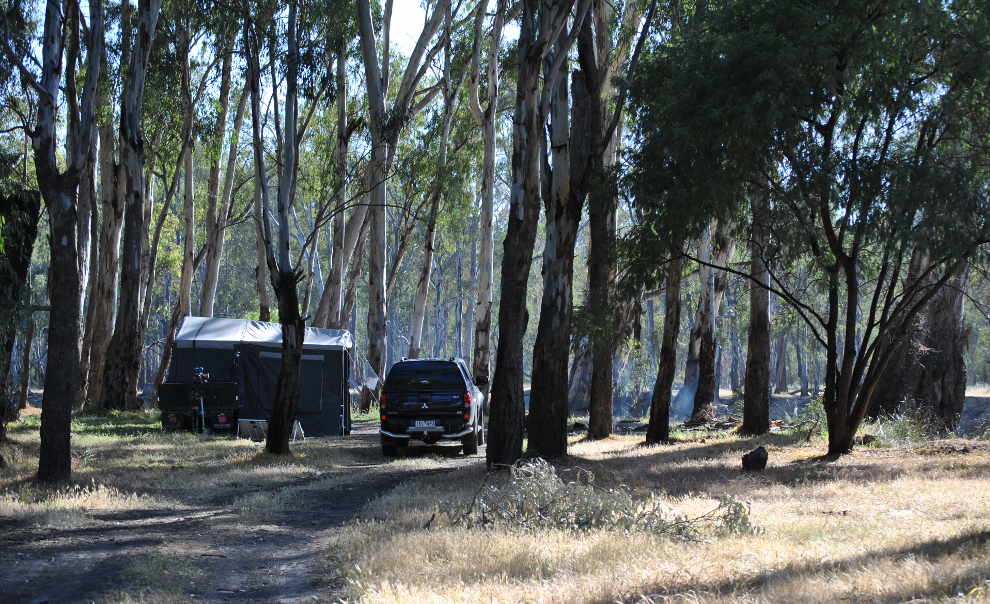 The friarbird frequented the wattle tree by our camp spot by the Murray River – that tree on the right in the photo above. I first spotted it late on the Thursday night, the day we arrived. I could see the outline of it’s beak and got all excited but had to wait for the next day before I could confirm it was a friarbird. I always pack my bird book in the camera bag. Obviously,  this one was used to campers for I was able to get close.

I still haven’t mastered the art of capturing flight. I took my tripod but it never came out of the bag. I got out my Nikon D3000 for Dummies book only the once. I always say I’ll spend all this free time learning, but it takes four days of camping before I get bored. No internet again, this time, but we did get an intermittent phone signal. We were camped the next spot up from where we were last time. Mr R. laughed when we ended up there – saying it’s not often one stays in a spot first visited by your dog. Vika ended up here when she went missing last time. 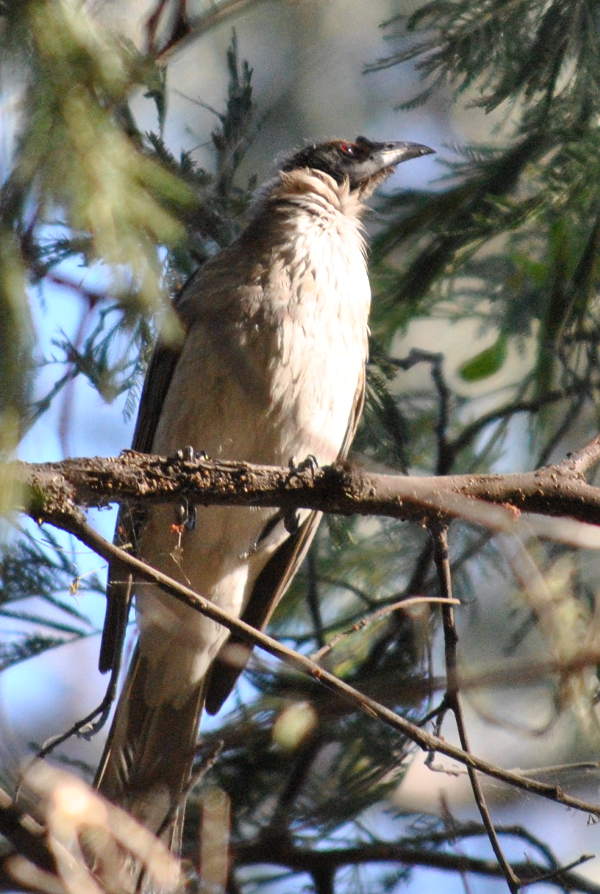 We ended up cutting our trip short, coming home on Tuesday afternoon instead of Wednesday. The wind showed no sign of dropping. We couldn’t cope with yet another night of campfire smoke constantly keeping us on our feet. Yes, we wimped out!

Thanks for looking. Do have a good day.