While on our camping trip, we would go for a stroll every now and then to check what was going on around us. On one such walk, I missed photographing a straw-necked ibis foraging in the dry grass – it loves grasshoppers and locusts. Next day, I hoped for another sighting. This time it wasn’t poking about on the ground but on high, soaring around like a bird of prey. This is what I got. 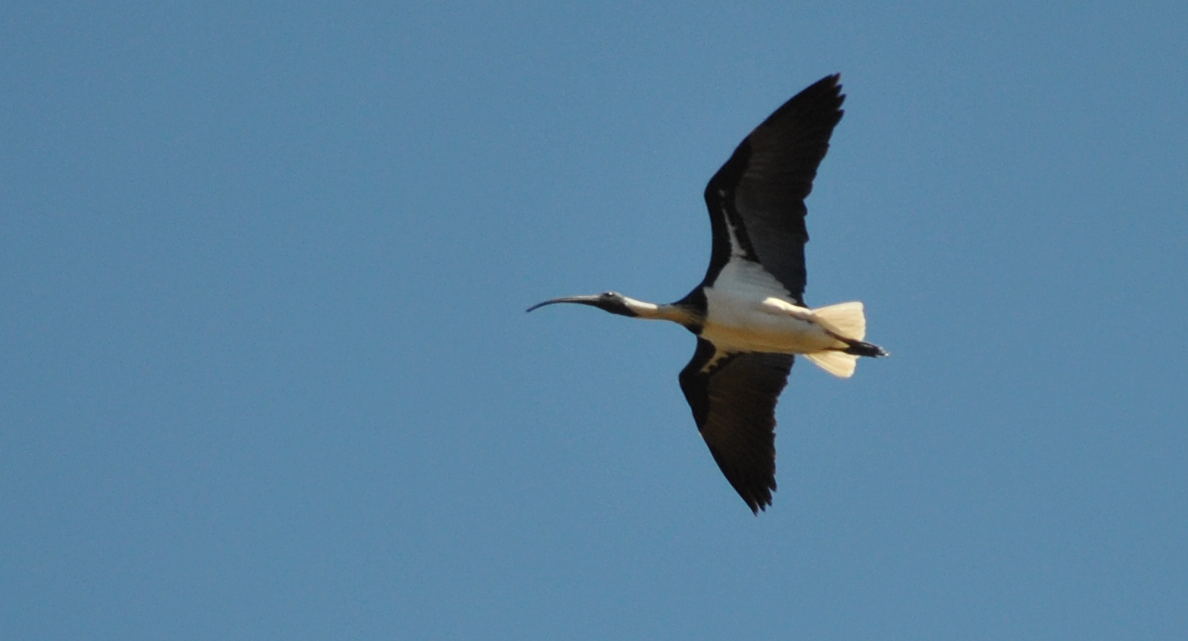 Get dizzy? I was, by time I lost it against the sun. I can’t believe how I can see its eye in the first picture. Apparently, these also have naked heads and some bareness under the wings.

When I checked the bird book (The Slater Field Guide to Australian Birds), I discovered we only have three sorts of ibis: glossy, sacred, and straw-necked. The first is a dark bird, the second is mostly white, so this is a straw-necked. I think it’s a juvenile, though, as there aren’t any obvious yellow straw-like throat plumes. They’re common to the mainland but will pop up in Tasmania, too, as well as Indonesia, New Guinea, Norfolk Island, and Lord Howe Island.

Thanks for looking. Do have a great week!

2 thoughts on “Straw-necked Ibis on High”