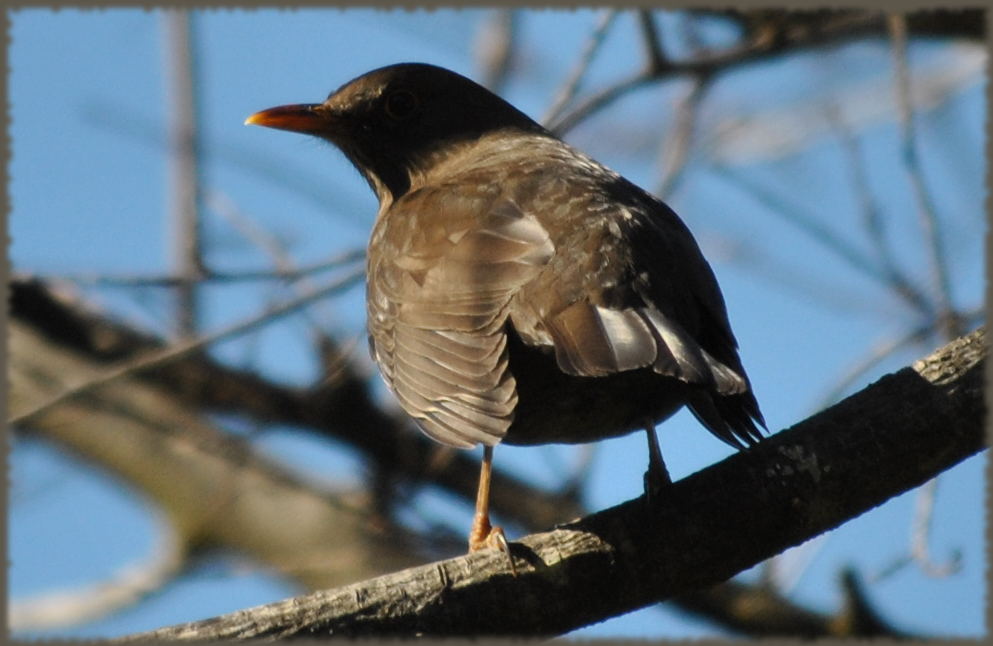 This blackbird’s orange-tinged beak and legs suggest a juvenile male. I thought I was taking pictures of a female who, despite lurking cats, is making a nest in the ivy. (Nikon D3000)

Tomorrow, 1st September, is the official beginning of the Australian spring, though the feel in the air has not yet changed.

Excitement is mounting here in the Randall household for our next camping holiday is mere weeks away! On our itinerary are the New South Wales cemeteries where my direct ancestors dwell. The most exciting will be visiting my Betsey Whiley at Prospect, in Sydney. Her gravestone is just a few paces from the historic church. The widowed Betsey was 63 when she decided to leave Lincolnshire, England, arriving here in 1844. Her sons, Isaac, George, and Joshua had all arrived separately, with their families, during the 1830s.

The living are on the list, too, of course – my son, up near Port Macquarie, and my brother at Condobolin.

The Common Blackbird was introduced to Australia in the 1850s and was originally confined to Melbourne and Adelaide. Now considered a pest in Eastern Australia, its habitat has spread inland, and as far north as Sydney and down into Tasmania and the Bass Islands. Fearful of it becoming a pest to commercial crops and competing with native wildlife, the blackbird is destroyed on sight in Western Australia. Another true thrush, the Song Thrush, has also been introduced. We have several native thrushes of our own.

I have a pair of blackbirds living in my garden. 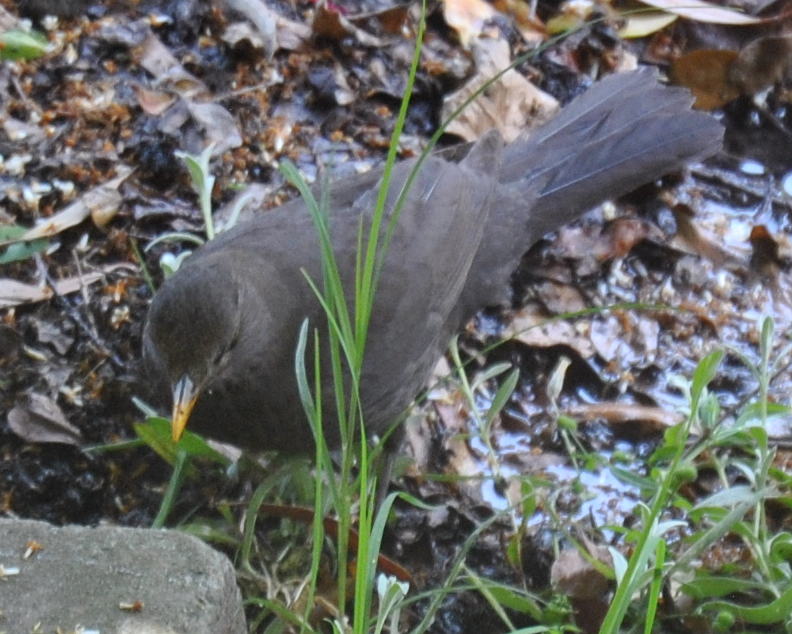 They nest in my jasmine creeper which has bushed over a garden arch. Before that, they nested in my rose tree when I had let it get a bit overgrown. You can imagine my surprise when I pruned it that year. It had a couple of old eggs in the nest, and I was able to identify them as belonging to the blackbirds.

a little one behind our wood pile

The pair have a new brood in the jasmine, but I’m wary of having a look. The last time I did that, the chicks vanished the day after I took a photo of them. They had only just hatched. The blackbirds abandoned my yard for most of 2016. I wondered if they took their babies to one of their old nests.

I love watching them getting themselves a feed. I can certainly believe they are destructive in vegetable gardens from the way they forage around our wood pile. They scatter bark and wood chips all over the place.

Thanks for looking. Do have a good weekend!  🙂