The first time I laid eyes on this building in our main street, I thought Bates house. I had no actual memory of what the Psycho House aka Bates Motel really looked like, but something from the single viewing of that movie stirs whenever I see this building.

The timber sections of this building are to be demolished. I worried that I wouldn’t get around to taking photographs before that happened. I eventually pulled up on the way home from work and got out the trusty Nokia Lumia 530 windows phone. 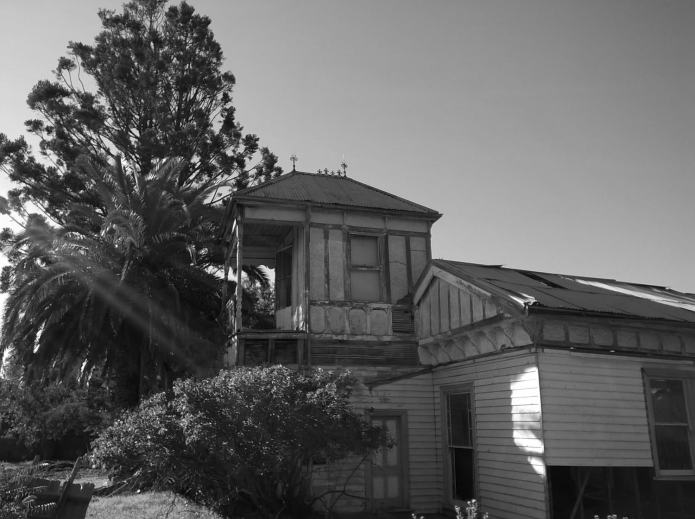 You can see the old wood lath construction in the walls where some outer cladding had been removed. 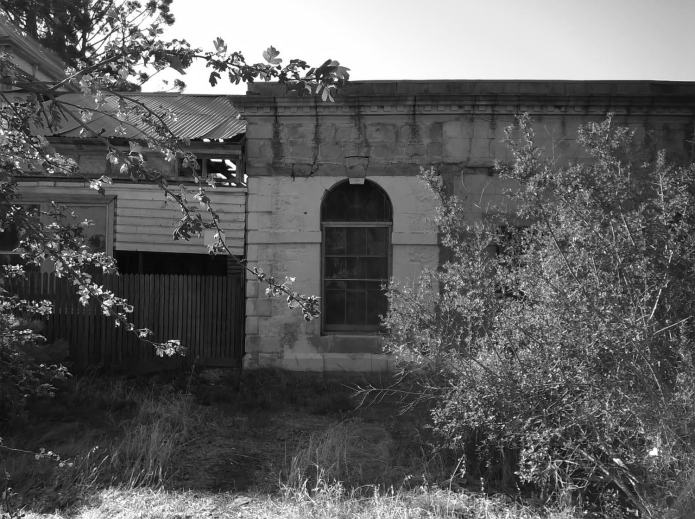 This stone section  is the only part of the building under protection. One of the first buildings built in Heathcote, it will be repurposed as a Cellar Door for a local winery. A new accommodation wing will be joined via a glazed section. Sounds interesting, and it’s wonderful that this old building gets restored to its former Georgian grandeur. (The Heathcote Region produces some of the best Shiraz in Australia.)

The former survey office at Heathcote was built in 1854 for Phillip Chauncy (1816-80), who was sent to the McIvor goldfield district in 1853 as surveyor-in-chief. … Gold had been discovered at McIvor Creek in 1852, there was a short-lived rush to the area in 1853…  After 1860 the survey building became redundant and it was bought in 1872 by Frederick Spinks, the owner of the local store, who made substantial timber additions to the stone building for use as a residence, which he named Helenslee. It was described then as having nine rooms, a cellar and outbuildings, a notable garden and a tennis court. In 1896 it was bought by a local doctor, Alfred Esler, who made further additions, and from then until 1968 it was owned by a series of medical practitioners who used it as a residence and surgery, following which it again became a private residence. … 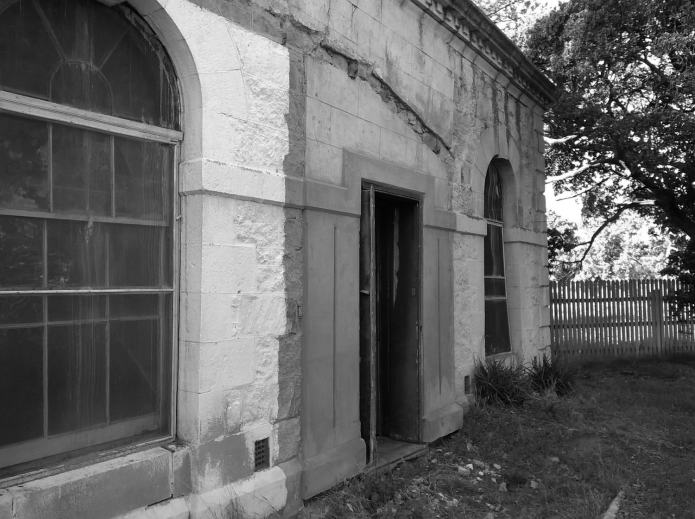 I converted these images to black-and-white for Sally D’s Mobile Photography challenge. and optimized them for the web. I was reluctant to do any cropping, so I didn’t.